1-4-18 Big Energy News For Alaska And The Whole Country!

Remembering our birth as a state: Alaska entered the Union 59 years ago, starting a new life. 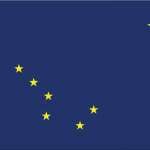 News-Miner opinion: It was 59 years ago this week that the U.S. flag took in a 49th state — ours.

GUEST COMMENTARY: Private sector can build bridge to better economic future.  How many special sessions in one year does it take for the Legislature come up with a plan to stem Alaska’s economic decline?

Economist: Alaska job losses expected to moderate.  The state labor department expects continued job losses in Alaska this year but at a more moderate level than earlier in the recession.

Alaska will lose fewer jobs this year than it did in 2017, state predicts.  Alaska is expected to continue losing jobs in 2018 for the third year in a row, but the losses appear to be tapering, according to a new economic forecast.

Alaska jobs forecast for 2018 improves from awful to bad.  Alaska’s most significant recession since the oil bust of the 1980s appears to be abating.

Trump: US Will Be Energy Superpower!

The Washington Times, by Ben Wolfgang

In a massive rollback of the Obama administration’s energy policy, President Trump’s Interior Department on Thursday released a draft proposal that would open nearly all of the nation’s coastal waters to offshore drilling, sparking yet another battle with environmental groups and states that say they’ll fight the plan at every turn.

On a conference call with reporters, Interior Secretary Ryan Zinke said the blueprint would open 25 of 26 planning areas off America’s coasts to drilling. Waters off the West and East coasts, in the Gulf of Mexico, and off Alaska’s shores will be opened to oil exploration; only one area, the North Aleutians Basin near Alaska, will be left alone.

“We’re going to become the strongest energy superpower,” Mr. Zinke said in explaining the five-year plan, which would stretch from 2019 through 2024.

In total, about 90 percent of total U.S. offshore acreage could now be opened for drilling, if the draft plan goes into effect. By contrast, the Obama administration had cordoned off about 94 percent of the U.S. Outer Continental Shelf as part of its broader effort to limit fossil fuel development, especially on federal lands and waters.

Mr. Zinke said the vast difference in approaches to offshore drilling has financial ramifications. In 2008, the Interior Department pulled in $18 billion in offshore drilling leases. By 2016, that had fallen to just $2.6 billion.

“We can do better,” the secretary said.

But the plan is already encountering resistance from environmental groups and, more importantly, from state leaders.

Florida Gov. Rick Scott, a Republican, said he wants his state’s offshore waters taken out of the proposal.

“I have already asked to immediately meet with Secretary Zinke to discuss the concerns I have with this plan and the crucial need to remove Florida from consideration,” he said, as quoted by several Florida media outlets.

State officials in Maryland, Massachusetts, New York, North Carolina, California and elsewhere have raised objections to oil exploration off their coasts, setting up a potential clash between the White House and state governments.

Meanwhile, environmental groups say the proposals is just the latest in a series of steps taken by the Trump administration to turn over America’s lands and waters to the fossil fuels industry.

“If the Interior Department’s five-year oil and gas leasing plan moves forward, extractive companies will have access to drill off nearly every coast in the United States. This puts coastal communities and economies, marine wildlife, public health, and the climate at an unimaginable risk,” said Mary Sweeters, a climate campaigner with the leading environmental group Greenpeace. “For federal agencies and government officials to greenlight more oil and gas development while our communities are still recovering from massive fires, devastating droughts, and destructive superstorms is immoral and reckless.”

Mr. Zinke said the proposal will be open for the next 60 days, and that he’s willing to meet with anyone, including governors, who has concerns. He also said he’s open to a one-on-one meeting with Mr. Scott to discuss Florida’s specific concerns.

“Florida is going to have a say,” the secretary said.

John Callahan of the Bureau of Ocean Energy Management notes that the Department of the Interior Headquarters today sent out a news release announcing the new draft 2019-2024 Outer Continental Shelf Oil and Gas Leasing Program.  The link is here: https://www.doi.gov/pressreleases/secretary-zinke-announces-plan-unleashing-americas-offshore-oil-and-gas-potential 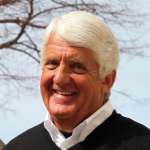 “The previous administration’s approach to offshore development started from the premise of considering ‘as little as possible.’ The Trump administration starts from the premise of considering ‘as much as possible.’ American energy dominance will only be achieved by taking the latter approach. I look forward to continuing to work with the Administration to responsibly develop American energy, spur job growth and maximize revenues to the benefit of taxpayers.”

“Seismic research is vital to unlocking energy potential off our coasts, and federal red tape is standing in the way. GAO’s report highlights the bureaucratic dysfunction, lack of transparency and blatant abuses of discretion that has stalled greater exploration and development. Congress has an obligation to take corrective action, and with the passage of the SECURE American Energy Act, we will.”

The Offshore Continental Shelf Lands Act states “the outer Continental Shelf is a vital national resource reserve held by the Federal Government for the public, which should be made available for expeditious and orderly development, subject to environmental safeguards, in a manner which is consistent with the maintenance of competition and other national needs.”

Unfortunately, the current federal regulatory process to permit scientific exploratory activity is riddled with bureaucratic delays, leaving little incentive for companies to move forward on the prospect of energy development in the OCS.  For example, incidental harassment authorization permit applications the National Marine Fisheries Service received in mid-2014 are still in review, over one thousand days after the applications were first submitted.

In March 2016, Chairman Bishop sent a letter to the GAO with concerns about the consistency, timeliness and transparency of seismic permitting approvals, and requested detailed information on related processes.

Dave Harbour, publisher of Northern Gas Pipelines, is a former Chairman of the Regulatory Commission of Alaska, a Commissioner Emeritus of NARUC, NARUC's Official Representative to IOGCC and Vice Chairman of NARUC's Gas Committee. He served as Gas Committee Chairman of the Western Conference of Public Service Commissioners. He also served as commissioner of the Anchorage Bicentennial Commission and the Anchorage Heritage Land Bank Commission. He earned a Bachelor of Arts Degree: English, at Colorado State University, a Master of Science Degree: Communications-Journalism at Murray State University and graduated from Utility Regulatory School for Commissioners at Michigan State University. He served as a Vice President for Communications and Public Affairs at Alaska Pacific University, taught bank marketing classes at the University of Alaska and was an English teacher at Los Alamos High School. Harbour served in ranks of Private - Captain during a 4-year assignment with the Army in Korea, Idaho, Georgia and Fort Meade and received the Meritorious Service Medal among other commendations. Harbour is also a past Chairman of the Alaska Council on Economic Education, the Alaska Oil & Gas Association Government Affairs Committee, the Anchorage Chamber of Commerce, the Export Council of Alaska and the Department of Commerce's District Export Council. He is a past President of the Alaska Press Club, American Bald Eagle Foundation, Consumer Energy Alliance-Alaska and Common Sense for Alaska. Harbour was instrumental in founding the American Bald Eagle Research Institute (UAS), the Alaska Support Industry Alliance, the Downtown Anchorage Business Partnership, and Arctic Power. He also served as CEO of several small Alaska organizations, including the Anchorage Parking Authority and Action Security, Inc. Harbour is also Chairman Emeritus of the Alaska Oil & Gas Congress. Harbour's wife, Nancy, is a professional, performing arts administrator and his three boys, Todd, Benjamin and William work in the fields of environmental management, energy marketing and medicine.
By wpnorthern|2018-01-04T11:21:23-09:00January 4th, 2018|AGDC, Alaska's Fiscal Crisis, Alaskanomics, ANWR, Arctic Policy, Enviro-Industrial-Governmental Cabal, Federal Progress, Ocean Policy, OCS, Trump Administration Energy Initiatives|0 Comments