CBS News profiled the devastating effects of President Joe Biden’s cancelation of the Keystone XL pipeline on American workers in a piece Thursday that eerily seemed like journalism.

Are you ready to feel a little nostalgic? Get this: Biden’s establishment media enablers actually engaged in some honest reporting. It’s stunning but true.

Korte noted that the pipeline was “an obstacle” to Biden’s green energy jobs campaign promise pointed out it was crucial for workers.

“Pipelines are built seasonally for 19½ weeks at a time, on average, so the jobs created to build them are considered short-term. In 2014, the State Department estimated that Keystone would employ 10,400 workers over multiple construction seasons, thereby adding up to 3,900 jobs,” she said in her report.

“Now, without a pipeline to construct, hundreds of workers are unemployed. According to TC Energy, the Canadian company building Keystone, ‘nearly 1,000’ laborers were laid off as a result of the executive order,” Korte added.

The CBS News reporter even went to great lengths to speak in-depth to those affected most by Biden’s cancellation of their employment with that ink pen of his.

Iowa native Ron Berringer, a pipeliner from a long line of pipeline workers, spoke about his career beginnings.

“[I was told], ‘Well, your dad was a steward for us and if you do half the job he did, you’ll be doing us a great job.’ And I knew right then that’s what I wanted to do, is continue on and follow in his footsteps,” he told CBS, which noted Berringer feels “gloomy” now that Biden has denied him his livelihood.

Korte also spoke to Tyler Noel, who said the friends he made while working on pipelines for more than a decade are now “the only thing I’ve got right now.”

“It’s not just a job, it’s like a lifestyle,” the now-unemployed Noel said. “The only people I talk to are family members and pipeliners.”

“The Biden executive order emphasizes moving workers into new jobs, but is vague about the details,” she wrote.

RELATED: Meet the US Workers Who Were Devastated by Biden’s Climate Executive Orders in Just a Day

While we know how Biden’s executive orders are affecting American workers, to hear these men’s struggles brings the whole thing home.

What’s more shocking is that the report came from CBS News.

Reading the report feels like entering a time machine. CBS News has slanted to the left for decades but only went fully activist in the last 15 years or so.

Let’s hope this bit of journalism is a trend and not a one-off from either Korte or CBS News.

While the report offers a bit of hope for fair reporting, let’s not crown CBS News with the Edward R. Murrow Award just yet. This is what’s expected of journalists, so let’s see if the company continues to hold the new Democratic president accountable.

My guess is that objective reporting like this will conveniently cease just before the next election, if not sooner. The establishment media’s job, after all, is apparently to do nothing more than help get Democrats elected.

We are committed to truth and accuracy in all of our journalism. Read our editorial standards. 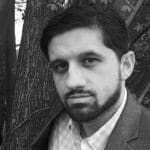 Johnathan “Kipp” Jones has authored thousands of news articles throughout his career. He has also worked as an editor and producer in radio and television. He is a proud husband and father.