MORNING HEADLAMP: A TALE OF TWO WALKERS – BEST OF TIMES, WORST OF TIMES

Why Fox News’ Initiative To Properly Portray Alaska’s Size & Location Is Important To Alaskans … And, To All Americans 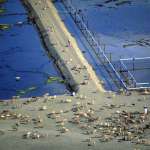 For several decades, we have watched the enviro-activist fundraisers effectively mislead donors who understandably wish to support conservation causes.

Exaggerated and imagined Alaskan environmental tragedies have been marketed in ways that have produced an enormous flow of both grants and donations to keep enviro-activist executives and organizations living the lifestyles to which they have become accustomed.   We have demonstrated that some if not most environmental protests have been engineered by strategists, not in support of environmental protection, but in pursuit of the destruction of capitalism.

Why is this important?

It is important to accurately portray Alaska’s size and location so that viewers (i.e. voters, government officials, academics, youth, media and other influence leaders) can more precisely understand major national issues affecting the environment, the economy, and national defense.

In the mid-1970s, enviro-extremists portrayed the Trans Alaska Pipeline System (TAPS) as an energy development that would kill wildlife, particularly the Central Arctic Caribou herd.  However, the presence of the oil industry on the vast North Slope has enabled local Native citizens to have jobs, has supported the statehood promise of a natural resource-based economy, has provided life-safety rescue operations and has prevented poaching.   The oil industry’s management of its areas has also protected AND EVEN INCREASED the caribou population.

The wealth Alaska has produced for the federal government — as well as its own economy — can continue to provide the nation a partial counterbalance to its international trade imbalance and the suffocating national debt being created to benefit this generation at the expense of our children.

In fact, it is the Federal government that has been derelict in environmental protection of public lands.  Take the years of neglect by the Bureau of Land Management (BLM) and predecessor agencies and administrations to properly clean up federal oil exploration efforts within the National Petroleum Reserve – Alaska.

We have also urged the Interior Department agencies to prevent “environmental” film crews from flying across snow geese and other nesting areas in the Arctic National Wildlife Refuge (ANWR) and other federal areas — causing thousands of migratory birds to be scared off their nests into mass flights of panic just as movie props.  How many birds have been destroyed by this practice, how many chicks abandoned, how many lifelong geese and swan pairs separated by this practice is impossible to calculate.  The same applies to film crew flyovers that chase exhausted caribou herds (with calves), musk ox, bears, Arctic fox, etc.

Ironically and hypocritically, Interior’s U.S. Fish & Wildlife Service (USFWS) acted under the prior administration to deny oil and gas access to a small, 2,000 acre area within ANWR’s 19 million acres.  This small area was specifically designated by the 1980 Alaska National Interest Lands Conservation Act (ANILCA), for future oil and gas development to be approved by Congress.  But the Obama Administration moved to ‘manage’ this small area like a ‘wilderness’.  The administration did so without Congressional authorization.   It did so in spite of the prior, Congressional designation of that small area for future oil and gas development.   Note that a primary reason for denying ANWR coastal plain access was ‘protection’ of another caribou herd adjacent to Prudhoe Bay’s Central Arctic herd, the 120,000 member Porcupine Caribou herd, that migrates between Alaska and Canada.  They did this in spite of common knowledge that the Prudhoe Bay experience proved humans and caribou could both prosper together — and, that the Central Arctic herd has actually INCREASED IN SIZE.  They did so in spite of the fact that exploration would be limited to a measly 2,000 highly regulated acres of activity.  They did so in spite of the fact that no roads would be constructed.  They did so in spite of the fact that exploration drilling would occur in the winter time when caribou were in Canada, not Alaska.  They did so in spite of evidence that  any future gravel pads that might be constructed within the 2,000 out of 19 million acres would benefit, not harm caribou calf survival rates.  For we had learned from the Central Arctic herd that when the herd can move its calves up out of the wet, mosquito infested tundra up onto human-constructed gravel pads, mortality rates dramatically decrease.

But the prior administration correctly perceived that Congress would be timid and unlikely (i.e. or, simply unwilling) to curtail its overreaching application of wilderness management to a non-wilderness portion of ANWR.

This is why we believe readers will agree with us that properly displaying the state before television viewers gives valuable insight about the true size, positioning and overall importance of Alaska.

The 49th state’s 3 million lakes favorably compare to Minnesota’s 10 thousand.  Its size is over twice that of Texas.  Its population, at less than 800 thousand, is surrounded by America’s greatest holding of federal land.  It has hosted the largest oil field discovered in North America.  Its gold, copper, many rare and strategic minerals, coal, hydroelectric, water, timber, air and sea transportation hubs and tourism resources dwarf most of other countries’ natural resource endowments.  Its commercial fishing industry is the world’s largest.  Its “Seward’s Folly” purchase following the civil war was providential.  Its statehood compact with the federal government is based on reasonable resource development — not denial of land access by new federal laws and a growing mountain of regulatory roadblocks to natural resource development.  And, Alaska’s national defense potential, especially in view of real and imagined North Korean and Russian hegemony, is critical.

We only hope that Americans and their elected leaders begin to correctly and honestly view Alaska for the great blessing to America that it is and that it could be.

If not, our readers should realize that Alaska could be regarded correctly as an attractive acquisition target worthy of a military adventure.

After all, we agree with those who have reported that Russia’s current leadership regrets Russia’s 1867, 2 cents/acre sale of the Great Land to the United States.  We agree with those who have suggested that China’s bursting population may be coveting an expansion of its homeland.  We sympathize with those who are more and more distrustful of the prior Administration’s Islamic ‘refugee’ settlement activity in Alaska.  And we are personally familiar with the capability and personality of North Korea’s leadership (i.e. enjoying direct and indirect support from both Russia and China).

Fox may, therefore, help educate Americans with its map.  Alaska should be seen as the northern treasure it is.  Americans should be able while there is still time to better visualize and come to appreciate her many and great attributes so they may adequately provide for their 49th state’s reasonable development and defense.

Dave Harbour, publisher of Northern Gas Pipelines, is a former Chairman of the Regulatory Commission of Alaska, a Commissioner Emeritus of NARUC, NARUC's Official Representative to IOGCC and Vice Chairman of NARUC's Gas Committee. He served as Gas Committee Chairman of the Western Conference of Public Service Commissioners. He also served as commissioner of the Anchorage Bicentennial Commission and the Anchorage Heritage Land Bank Commission. He earned a Bachelor of Arts Degree: English, at Colorado State University, a Master of Science Degree: Communications-Journalism at Murray State University and graduated from Utility Regulatory School for Commissioners at Michigan State University. He served as a Vice President for Communications and Public Affairs at Alaska Pacific University, taught bank marketing classes at the University of Alaska and was an English teacher at Los Alamos High School. Harbour served in ranks of Private - Captain during a 4-year assignment with the Army in Korea, Idaho, Georgia and Fort Meade and received the Meritorious Service Medal among other commendations. Harbour is also a past Chairman of the Alaska Council on Economic Education, the Alaska Oil & Gas Association Government Affairs Committee, the Anchorage Chamber of Commerce, the Export Council of Alaska and the Department of Commerce's District Export Council. He is a past President of the Alaska Press Club, American Bald Eagle Foundation, Consumer Energy Alliance-Alaska and Common Sense for Alaska. Harbour was instrumental in founding the American Bald Eagle Research Institute (UAS), the Alaska Support Industry Alliance, the Downtown Anchorage Business Partnership, and Arctic Power. He also served as CEO of several small Alaska organizations, including the Anchorage Parking Authority and Action Security, Inc. Harbour is also Chairman Emeritus of the Alaska Oil & Gas Congress. Harbour's wife, Nancy, is a professional, performing arts administrator and his three boys, Todd, Benjamin and William work in the fields of environmental management, energy marketing and medicine.
By wpnorthern|2017-08-01T14:46:10-09:00August 1st, 2017|Alaska Taxes, Commentary, Enviro-Industrial-Governmental Cabal, Federal Obstruction, Federal Progress, Interstate Gas, Intrastate G